He was well known for wearing flashy black and white dragon suits and the ZOSO symbol he used to represent himself on Led Zeppelin Four comes straight from the 1972 occult text Grimoires et Rituels Magiques by Francois Ribadeau Dumas and, in specific, a chapter titled, “Dragon Rouge – The Secrets of the Scientist Artephius." But perhaps the most interesting tale about Page slaying a dragon is the one about his "Dragon Telecaster,"

In its most recognizable form, the Dragon was a 1959 Telecaster with a stripped Ash body that Page partially painted over with darts and curls of green, orange, yellow, blue and red in a pattern that formed something of a swirling, psychedelic dragon done in a vaguely Japanese style. The beast’s flaming red horns and green head rest inside the blunt upper horn, green scales run down its neck as it breaks into a colorful abstraction that could include a cracked egg near the control panel and a tail that snakes into the upper bout from the lower. 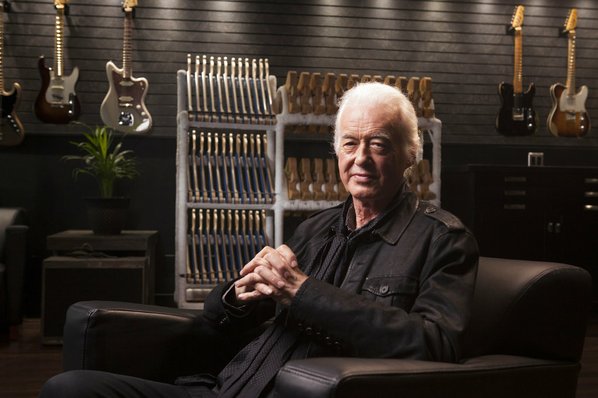 But there’s more to the Dragon Telecaster than a splashy paint job. It was first owned by Jeff Beck’s school friend and Deltones bandmate John Owen, who bought it for 107 British pounds in 1961. The precise date of the Tele’s birth is not known, but the guitar was originally painted blonde and featured a maple neck, a slab rosewood fingerboard and a top loader bridge, which was common for Telecasters produced in 1959 and 1960. Also, Fender introduced the slab rosewood fingerboard to the Tele in mid-1959 after bowing them on Jazzmaster models the previous year.

Since Beck was the lead guitarist of the Deltones and was playing a Burns “Tri-Sonic” that he felt was harder to control during solos, he convinced Owen to trade instruments with him, which worked. Briefly. “For a while Owens agreed to swap, though when confronted with the difficulties of controlling the Burns’ seemingly endless knob configurations each night, [he] soon asked for his Telecaster to be returned,” wrote Martin Power in Hot Wired Guitar: The Life of Jeff Beck.

It’s unclear how Beck eventually regained possession of the instrument following the dissolution of the Deltones, but he used the Tele as a backup to his go-to 1954 swamp ash Fender Esquire during his stint with the Yardbirds in 1965 and 1966. “The original white Bakelite pickguard and switch tip of the Telecaster crumbled off and Beck had it replaced with a homemade black pickguard,” wrote Jeff Strawman in Led Zeppelin Gear: All the Gear From Led Zeppelin.

In 1966, Beck gave the guitar to Page as a gift for helping him throughout his early career. In addition to recommending Beck for studio sessions and mentioning him to several London producers, Page endorsed Beck to fill the slot in the Yardbirds that opened up when Eric Clapton left the band. Originally, Clapton had recommended Page for the position, but at the time he was working as a successful session musician.

The Telecaster was undecorated when Page received it and it remained that way until February 1967 when he added eight circular mirrors to the body of the guitar. It’s possible that he got the idea from Pink Floyd’s Syd Barrett who embellished his Esquire with 15 mirror-style metal discs in January 1967 to use for a recording session of the film Let’s All Make Love.

Page played his mirrored Telecaster only briefly. By mid-1967 he had grown unhappy with the look and he removed the mirrors, completely stripped the paint and repainted the instrument himself. Then he replaced the black pickguard with a transparent acrylic one and inserted a sheet of diffraction grating film, which created a spectrum of colors when hit by light.

“I really made it my own, so it was like no other Telecaster,” he said in a 2014 interview with Wondering Sound. “I felt that it was like a consecration. It’s quite a magical guitar.” 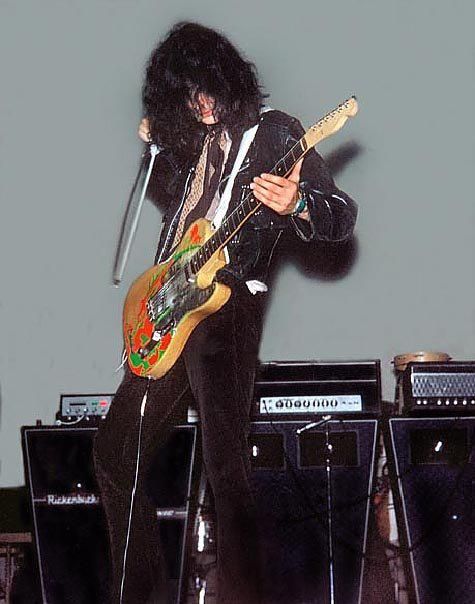 When he formed Led Zeppelin in 1968, the Dragon Telecaster became Page’s go-to instrument and he played it onstage and in the studio until 1969, wrote Brad Tolinski in Light & Shade: Conversations With Jimmy Page. The instrument was the main guitar used on Led Zeppelin and was later used to record the iconic solo for “Stairway to Heaven."

There have been reports that Page was having problems with one of the pickups in the Dragon Tele in early '69, and in April of that year he replaced the “magical guitar" when he purchased the Les Paul, and it’s unclear if he planned to return to the Dragon with any regularity in the future. He used it for the solo of “Stairway to Heaven” in 1970, but while he was touring America in the Dragon Tele was ruined.

"I still have it,” he told Guitar World in 1998. “But it’s a tragic story. I went on tour with [a] ’59 Les Paul that I bought from Joe Walsh, and when I got back, a friend of mine had kindly painted over my paint job. He said, ‘I’ve got a present for you.’ He thought he had done me a real favor. As you can guess, I wasn't real happy about that. His paint job totally screwed up the sound and the wiring, so only the neck pickup worked. I salvaged the neck and put it on my brown Tele string bender that I used in the Firm [in 1985 and 1986]. As for the body, it will never be seen again!"